Skip to content
Posted in Parenting, Stories of Hope By chaelicampaign.orgPosted on July 2, 2022July 3, 2022Tagged International Day of Families 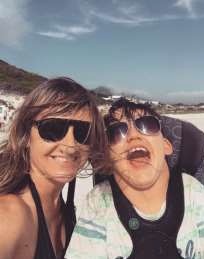 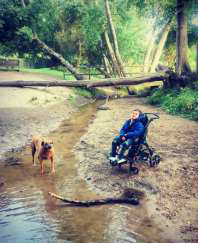 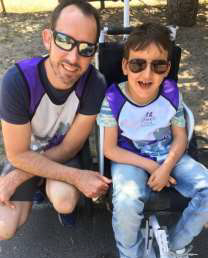 On 1 June the world celebrates Parents Day. This day is traditionally observed by the United Nations as a day to honour the unique role parents play in guiding their children. Often we forget to acknowledge and celebrate the roles our parents play, which combined paint a beautiful picture of nurturing, protecting, guiding and providing. Some children are raised by single parents who are required to fill the role of both mother and father. Others are raised by grannies, an aunty or maybe even an older sibling so some conventional perspectives of the functional role of a parent do not necessarily fit into a single “parent toolbox”.

What does this mean for parents raising a disabled child? Does it entail the necessity of adaptation and adjustment where a few tweaks in routine might mean the difference between living a mundane life to living an enriched life? If we expanded our perceptions of what “normal parenting” is, we’d see that doing things differently isn’t a bad thing; it can also be a beautiful thing.

When a child can communicate their needs in a traditional way it is easier for a parent to distinguish what their child needs. It’s when your child communicates differently that the different roles that parents play can become more apparent.

I invite you to broaden your horizons as we delve into the story of a couple whose journey with their son epitomises unconditional love and support in action, whilst proving that a different way of parenting can pave a way for a world of adventure.

Anita and Chris Rowland’s first introduction to the Chaeli Campaign was through their paediatrician who had mentioned to them that she was riding the Cape Town Argus Cycle Tour to raise funds for The Chaeli Campaign. Intrigued by what she had to say they visited Chaeli Cottage Preschool in 2012 when their son, Sam, was just a toddler. What struck them was the warmth and kind welcome by Principal Debbie and the clarity of the school’s vision. This left a lasting impression, one that would pave the way for Sam’s future involvement with the school.

A few years later the Rowland family found themselves navigating a difficult season. Sam had been in and out of hospital with frequent and intense seizures. They had decided to give him a break from school for a year to allow him to heal and this also allowed them, as parents, to regroup and heal as well. Sometimes during challenging times unlikely friendships are formed and this is when Chris and Anita met me and I ended up being Sam’s tutor for a year. Towards the end of that year Chris and Anita started looking for a way to integrate Sam into a school environment again and I reminded them of Chaeli Cottage Preschool. They instantly knew that this was a great fit, in their words “it honestly felt like a godsend “. The time was right and this family fell in love with every facet of the school; the teachers, therapists and the children. Sam has attended the Chaeli Cottage preschool for almost four years now and has grown tremendously in this nurturing and loving environment.

When Anita was pregnant with Sam she had a typical pregnancy and when Sam was born nobody detected any reason for concern. His poor head control eventually raised the alarm and so began the flurry of visits to doctors and many tests which eventually led to a general diagnosis of low muscle tone and global developmental delay. Doctors have yet to find a formal diagnosis for Sam’s genetic disorder.

From just two months old Sam has experienced physiotherapy which not only aids his physical health but has a holistic approach on how to “marry his brain function”. More recently speech therapy has included Eyegaze training, which has become a vital vehicle to enhancing his ability to communicate.

Chris and Anita have embraced the freedom of being able to navigate their parenting journey with curiosity and growing confidence. They admit that their parenting style is one that is constantly evolving as they learn more about Sam and about themselves and in so doing have learned to trust the process . Their faith has also been of paramount importance, enabling them to view things from a different perspective. Not denying the difficulties their journey presents, they have experienced peace and joy in its midst and have learned to embrace the journey as a fun, learning adventure. Parenting a child who is disabled can be an emotional rollercoaster but the Rowland’s have learned to lean into it, while their son, Sam, has both softened them and made them more resilient.

Thirteen years later they still experience the highs and lows that parenting presents. They realise that as they allow themselves to be guided by God, whilst accepting the generosity, love and support of so many family and friends, it’s ok to make your own rules, adapting and adjusting as you go. Sam has led them to some valuable takeaways. He has an incredibly gentle, trusting, pleasant, adventurous and tenacious spirit. As they’ve learned to look at life through their son’s eyes he’s taught them about selfless love, to rest in quiet faith and to be present in each moment. Contrary to the popular belief that “busier is better”, they’ve realised that to be still in and amidst the chaos has allowed them to treasure each moment gifted to them. They’ve had to slow down with Sam as he takes time to drink, eat, dress and move. Instead of being weighed down by this, they see it as a blessing in a hustle obsessed world. Sam has helped them realise that putting an hour aside in the morning to have breakfast together has strengthened the bond the three of them have. They’ve grown to see the healing that comes from taking time to gaze at the mountains or sit quietly by the sea. To watch the sparrows build a nest outside Sam’s bedroom window, whilst reading a story slowly, or to simply sing the same song softly over and over again.

They’ve also learned the importance of advocacy. For the most part Chris and Anita have experienced incredible generosity and support shown towards Sam in various public spaces. But there have been occasions where they’ve been confronted with ignorance, unkindness and mockery. Being on the receiving end of unkind remarks or enduring harsh stares from parents and children pointing and laughing at Sam has brought its fair share of sadness. But as they’ve learned to stop and breathe in the midst of those unfortunate moments, they’ve recognised that even unkind responses towards Sam are not always intentional. It’s largely due to the fact that people don’t know how to respond to disability. So when kid’s stare (adults are guilty of this too) and parents look uncomfortable, instead of putting up a wall or reacting in anger, they’ve learned to respond with a kind ‘hello’. Surprisingly this often sparks conversation and responding in this manner has created opportunities for them to demonstrate kindness, dismantle ignorance, create awareness and build empathy and understanding.

Prioritising time out of each day to walk with Sam in nature not only helps them stay connected as a couple but also helps revitalise them. This in turn positively impacts Sam with nature bringing its special healing properties. The Rowlands have learned to harnesses this and it’s allowed them to explore the vast array of natural, accessible spaces that Cape Town has to offer – the parks and beaches – each boasting its own unique variety of views and wildlife.

Perhaps the most important takeaway for Chris and Anita is that they’ve learned to embrace things that build and affirm their faith and to surround themselves with people who build them up, whilst providing genuine, solid support which has helped eliminate the feeling of loneliness and isolation which can so easily creep in. Instead of allowing themselves to crumble when things have been tough they’ve chosen to live fully and hold onto hope. These words from “Hope is the thing with feathers” by Emily Dickinson resonates with them and beautifully encapsulates their story:

Hope is the thing with feathers

That perches in the soul

And sings the tune without the words

And never stop at all.

Invite others into your space and spread a little kindness wherever you go – it might make your
journey all the richer.